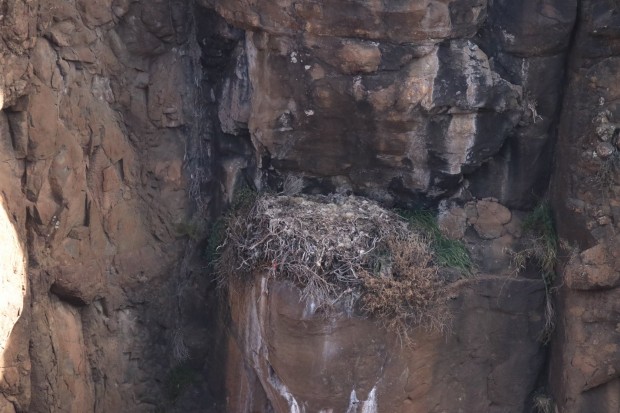 Continuing the ‘Bred 4 the Wild’ Eastern Cape harvest expedition……
After the drama of an exploding landy the day before, the team had regathered and recuperated at Birkhall and headed out to reattempt the previous day’s mission.

Our MISSION ‘POSSIBLE’ was:

1.To identify which of the four alternate nest platforms was being used in the first territory this year
2. To set up an abseil down to this active nest
3. Retrieve the smaller, second egg
4. To get said egg back to the vehicle & waiting incubator
5. Drive safely home down the bumpy pass to farm-base

Easy enough surely? In theory, yes. After two hours of driving, in reality, we found that the sneaky bearded vulture pair had decided to take a break for the 2018 breeding season. And, since it was a Sunday, they were to be seen frolicking around on nearby cliffs.

The presence of juvenile directly overhead 20 minutes later confirmed our empty nest concern. When breeding, Bearded vulture’s will actively chase other birds, including last year’s juveniles, out of their territory. On this day however, they did not seem particularly worried about the presence of the younger bird nearby. 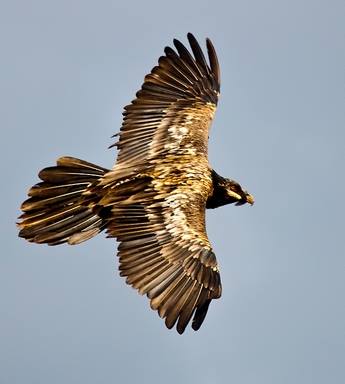 In our opinion this was really not a cool move birds! We are trying to prevent extinction here. We ask the question: Why are they present, but not breeding?Oh well, back to base once again. Tomorrow is another day.

Posted On 20th July 2018 ~ 0 Comments
So, now from the lead team’s point of view: after leaving team #frozendiesel behind in the dust and slush of the melting snow, the Defender