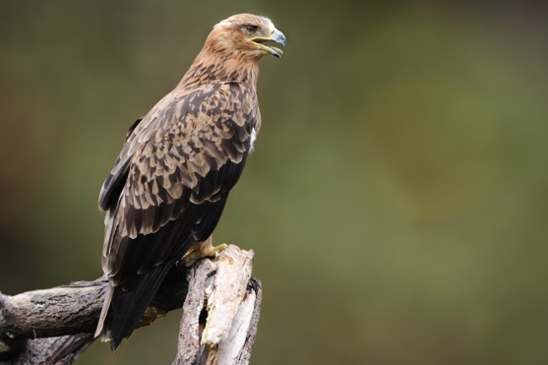 There is huge variation in their plumage colour and these eagles can be anything from blonde to tawny brown.They are very versatile raptors, eating anything from dead elephants to termites. They scavenge and pirate when they can, and hunt when they cannot. Their scavenging habits have resulted in a decline in their numbers because they are vulnerable to poisoned baits used in carnivore control.

Birds are far more efficient scavengers than their mammalian counterparts in that they see the carcasses sooner and are able to fly to the potential meal quicker than an animal can run. Tawny eagles are listed as “Vulnerable” in the RED DATA BOOK.