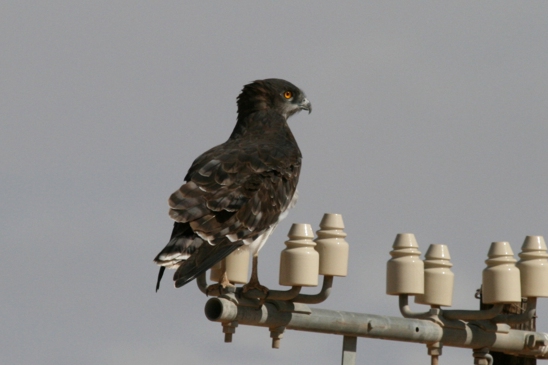 These nomadic eagles hunts mainly on the wing and can be seen hovering above the grassland or often above the smoke of grass fires waiting to catch prey disturbed from the flames. On seeing a snake they parachute down with claws extended in various stages from a height of between 30 and 90 metres. They can catch 1.8m long cobras, puffadders, boomslangs and even leguaans. Larger snakes are killed and eaten immediately on the ground, but smaller snakes are carried into the air and swallowed after being crushed in their strong talons.